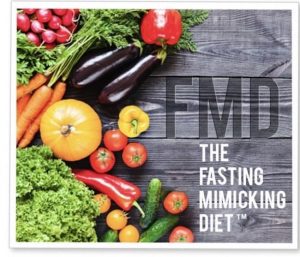 Hi guys. Dr. Harrison here with Incredible Health again. I know it’s been a while, and I’ve heard from some people that they’ve been dying to know how ProLon went for me. I’ve actually done two courses of ProLon now. Sorry for the delay in getting back to you. I have two kids off to college now, thank goodness, but that’s taken a lot of time and energy as you can imagine from my life.

So anyhow, I wanted to follow up about ProLon for you. It’s easy and harder than I expected. It’s nice that everything’s in the box. If it’s not in the box, you can’t eat it. So everything’s laid out, convenient, easy. The taste is mixed. It’s fine, it’s tolerable, it’s not going to be oh gosh, this is delicious. It’s going to be okay, but don’t expect to be loving the items. Some of them are better than others, for sure, but I would give that maybe a B.

The thing that I thought was most interesting, and that I was expecting and hoping for, was it’s moved the set point for my body weight. It’s called a lipostat. It’s like a thermostat except it’s what your body thinks you’re supposed to weight. That’s why you can go through the holiday season, you pack on five pounds, and then by mid-January, early February the weight’s come off. Or you go on a diet, you lose 10 pounds, 15 pounds, and then two, three months down the road you’re back to what you originally were weighing. So it’s called a lipostat.

So the question is how do we move the lipostat? How do you make a permanent change? And one of the best ways to do it is fasting. The fasting mimicking diet is meant to do that without forcing people to actually endure a fast. For me, it definitely did that. I lost seven pounds in five days, and it was pretty easy.

The only struggle I had was I went to the movies once with my daughter, and she got everything from the concession stand, or it least it felt that way to me, and she had the bag of popcorn sitting right next to my thigh, but I was good. I didn’t cheat, but it was difficult for sure.

Did not feel crazy hungry. I felt like a low level comfortable background level of hunger that was totally fine, didn’t bother me at all. So I lost seven pounds in five days. I felt that was pretty good.

I repeated it a second time because my daughter wanted to do it before she went off to college, so did it earlier than I had anticipated doing. Lost weight again. I have been off of it for, I don’t know, two to three weeks, something like that, and have not been neurotic about what I eat. So I’ve just kind of been eating normal, and my weight loss has maintained. So my weight set point, my lipostat, seems to be down six now between the first and the second ProLon. I seem to have made a permanent shift down in my lipostat by six pounds.

So I look forward to doing the ProLon again in, I don’t know, maybe another month. We’ll see. Maybe before the holiday season sets in. So I liked it. It’s only five days. I can tolerate five days, and I liked it. The second or third day is typically going to be the hardest one. The fourth and fifth day had good levels of energy, good levels of thinking, so yeah, I’ll definitely do it again. I like the program.

So if you’re considering doing it, head over to ProLonfmd.com and then you’ll need my access code which is Proharrison1, and that’ll drop the price to $249, which really isn’t that bad considering that it’s all your meals for five days. So anyhow, I hope you guys are having a great day, great evening, great morning if you happen to be watching this during the morning, and I will talk to you later. Bye.

Font Resize
Contrast
Accessibility by WAH
Call Us Text Us