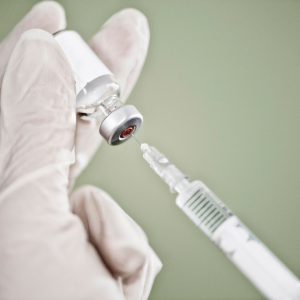 Peptides are naturally occurring biological materials that bind amino acids together to form molecules. When a molecule is composed of 2-50 amino acids, it is considered a peptide, whereas a molecule consisting of more than 50 amino acids is a protein. These short chains of amino acids are found throughout the body and are utilized as hormones to signal specific essential functions.

Since peptides are found throughout the body, it is no surprise that when disordered, they can create ripples of effects across multiple systems. For example, peptides are responsible for functions such as digestion, metabolism, weight loss, sexual desire, inflammation, neuropathy, and a myriad of age-related conditions.

Peptide therapy can aid in treating these conditions by mimicking the naturally-occurring peptides, which elicits particular desired responses. Since therapeutic peptides are not introducing anything your system isn’t already familiar with, they are easily synthesized by the body. Typically, peptides are created from animal or plant protein sources such as eggs, milk, meat, soy, oats, flaxseed, hemp seed, and wheat. Peptides can also be used together with other treatment options and other peptides. 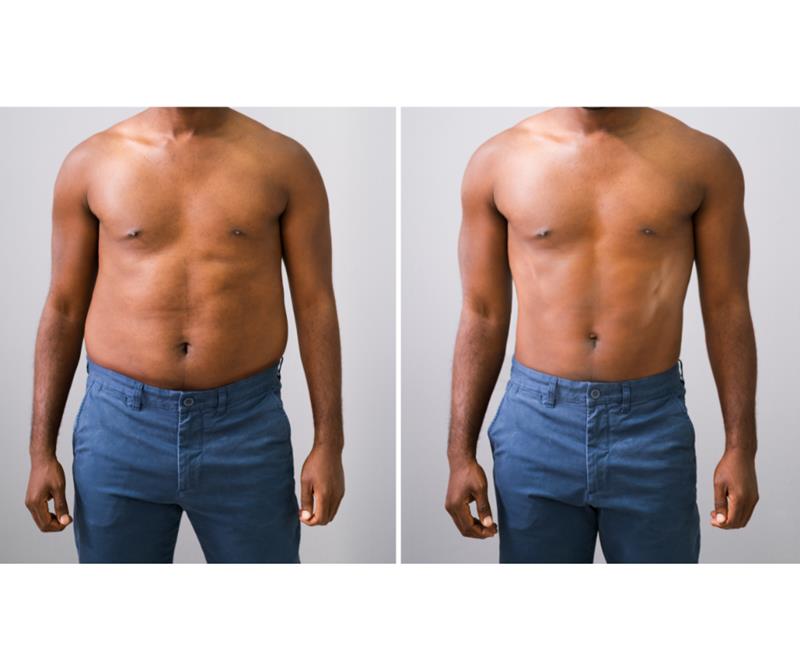 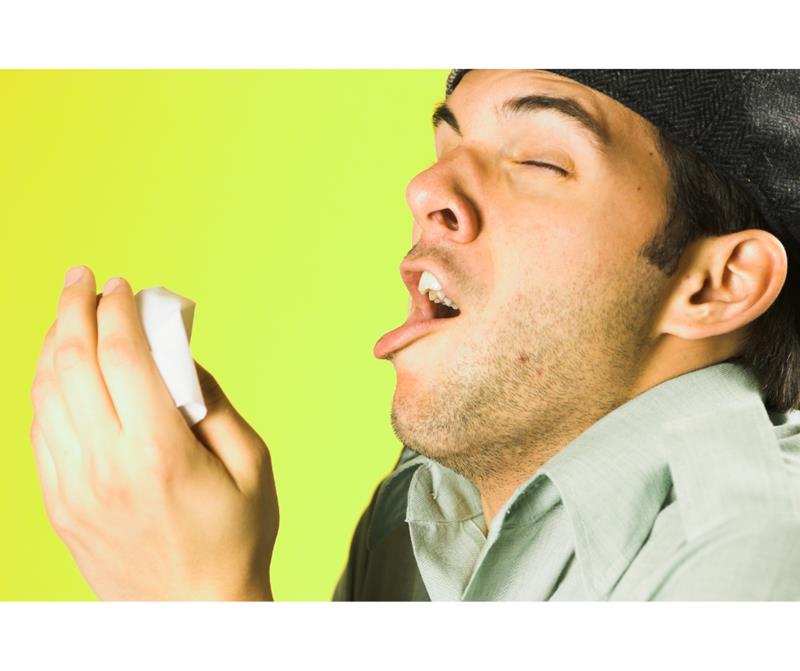 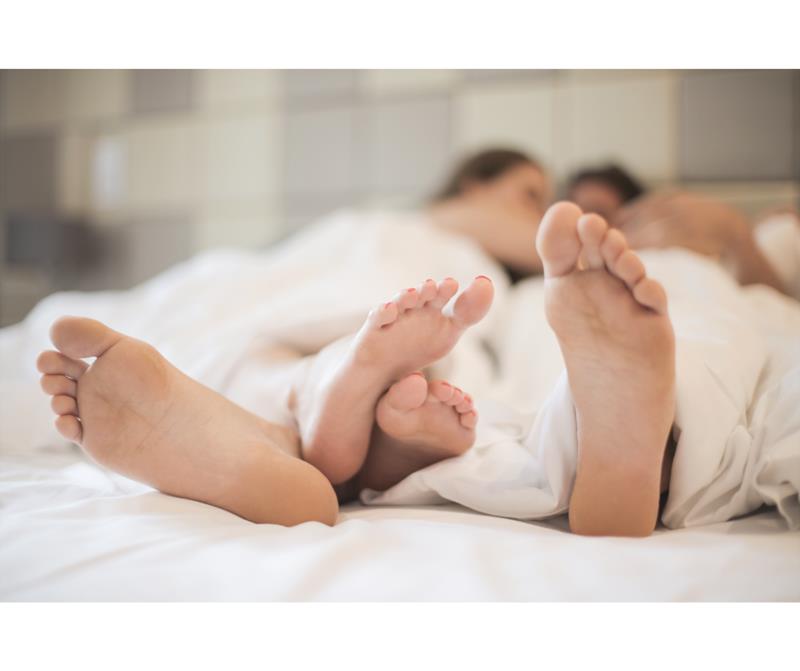 Protocol: 5 days in a row injecting, 2 days off for pituitary rest.

AOD-9604 is a modified form of amino acids 176-191 of the Growth Hormone (GH) polypeptide. It works by mimicking the way natural GH regulates fat metabolism but without the adverse effects on blood sugar or growth that is seen with unmodified GH. AOD-9604 stimulates lipolysis (the breakdown in fat) and inhibits lipogenesis (the transformation of non-fat food material into body fat) both in laboratory testing in animals and humans. Currently, trials are underway to demonstrate the application of AOD-9604 in osteoarthritis, hypercholesterolemia, bone and cartilage repair.

BPC- 157, composed of 15 amino acids, is a partial sequence of body protection compound this is discovered in and isolated from the human gastric juice. Experimentally it has been demonstrated to accelerate the healing of many different wounds, including tendon-to-bone healing and superior healing of damaged ligaments. Also, BPC-157 seems to protect organs and to prevent ulcers of the stomach. This peptide is also shown to decrease pain in damages areas. Those who suffer from discomfort due to muscle sprains, tears and damage may benefit from treatment of this peptide. It can also help aid burns to heal at a faster rate and increase blood flow to damaged tissues.

PT-141 was developed from the peptide hormone Melanotan II. In initial testing, Melanotan II did induce tanning but additionally caused sexual arousal and spontaneous erections as unexpected side effects in nine out 10 original volunteer test subjects. Further testing indicates that PT-141 was also effective in treating sexual dysfunction in both men (erectile dysfunction or impotence) and women (sexual arousal disorder). Unlike Viagra and other related medications, it does not act upon the vascular system but directly increases sexual desire via the nervous system.

CJC-1295/Ipamorelin is a synthetically produced peptide that can increase your plasma growth hormone (GH) levels. Initially, CJC-1295 was developed to treat diseases and medical conditions for patients who had muscle disorders, and burn victims. The primary purpose of CJC-1295 is to boost protein synthesis levels and help fuel the growth of muscle tissues in the body. This singular peptide has drawn many individuals like athletes from around the globe for its incredible benefits and minimal side effects to enhance their performance on the field and in the gym. Your hair, skin and nails will look better. You will recover from workouts faster and faster weight loss is achieved while lean muscle is being built. With GH increased you will burn more calories and look and feel younger.

Protocol: 5 days in a row injecting, 2 days off for pituitary rest.

IGF1-LR3 is the biggest bang for your buck! The main work of this peptide is to promote nitrogen and protein synthesis to create new muscle. By combining 13 amino acids, IGF1-LR3 decreases inflammation, improves immunity, improves/heals the gut lining, boosts collagen production, balances blood insulin levels (blood sugar) and supports weight loss. The peptide also has the longest half-life of 30 hours vs 12-15 hours with IGF1 alone.

Protocol: Inject daily until desired effect has been achieved, then 2-3 times a week to maintain results.

Melanotan II is a peptide that enhances the body’s own melanocytes to create ‘tanned skin” without the sun. Melanocortins are multi-functional peptides that regulate a diversity of physiological functions. There are five melanocortin receptors MC1R- MC5R. These receptors have been identified to show specific tissue expression patterns and binding affinities for each of the melanocortin hormones. The central melanocortin system MC3R & MC4O receptors play a fundamental role in the control of appetite and body weight. Libido Enhancement is a true “side effect”, rather than a function (bonus!).

Sometimes diet and exercise alone wont cut it, more often that not it is a simple fact that you lack vital nutrients and vitamins in the body. In turn, you can’t shed those excess pounds you’ve been trying to get rid of for so long. To burn fat and muscle, you need to replenish those essential vitamins and minerals. Methionine is an essential amino acid that works as a deactivating agent to defend against harmful compounds in our system. Inositol is a lipotropic in the Vitamin B family. It works to break down fat and can be used to treat PCOS (polycystic ovarian syndrome) effectively along with other female “dysfunctions”. Choline is an essential nutrient that is vital to liver health and function. It also helps burn exported fat, detoxes the liver and helps promote healthier weight loss results. Vitamin B12 normalizes blood flow, brain function. Heart and nervous system functions and helps metabolize fat, aiding weight loss. These essential vitamins will boost metabolism, improve sleep, support healthy cells repair and growth and improves immunity.

Thymosin Alpha -1 is a protein which consists of 28 amino acids. TA1 is believed to be a significant component of Thymosin Fraction 5 responsible for the activity of that preparation in repairing immune function. It has been found to improve cell mediated immunity in humans. TA1 plays a vital role in the control of immunity, tolerance, and inflammation. It manages immune response via an initial action on the cells of the innate immune system and this acts as an endogenous regulator of both inflammatory and adaptive immune responses. TA1’s immunomodulatory activities are center primarily on the augmentation of T- cell function. Thymosin Alpha 1 has been useful in treating symptoms of Rheumatoid Arthritis, Chronic Fatigue, Lyme’s Disease, HIV and some cancers.

Protocol: One spray per nostril daily

Selank has pronounced anxiolytic activity. It acts as a stable neuropsychotropic, antidepressant, and anti-stress drug that relieves aggression and fear reaction in animal studies. Selank has a nootropic action, which positively influences the formation of memory and learning processes. Selank has similar properties to the physiological effects of benzodiazepines. This suggests that there is a similar basis of their mechanism of action that is the allosteric modulation of GABA (neurotransmitter gamma-aminobutyric acid) receptors. They enhance the GABA effect by allosteric modulation, which increases the frequency of opening of channels for chlorine ions. It does not have the unwanted side effects of benzodiazepines such as withdrawal, dependence, and amnesia, Numerous clinical studies have shown that Selank has strong anti-anxiety and neuroprotective effects in the treatment of generalized anxiety disorders.

Protocol: One spray per nostril daily

Semax is a neuroprotective peptide predominantly a nootropic, which has neurogenic/neurorestorative properties. It rapidly elevates the levels and expression of the brain-derived neurotrophic factor and the signaling receptor TrkB in the hippocampus. Molecular tools have allowed the identification of melanocortin receptors signaling in memory, reward, mood, nociception, and erectile function among others. A recent study investigated the effects of intranasally administered a selective MC4 receptor co-morbid with post-traumatic stress disorders. The melanocortin system has a well established role in the regulation of energy homeostasis but there is growing evidence of its involvement in memory, nociception, mood disorders and addiction.

For a full catalog of our peptide services or to or to schedule an appointment, contact our office at (480) 418-3678.

Accessibility by WAH
Call Us Text Us