Plants: A Breath of Fresh Air 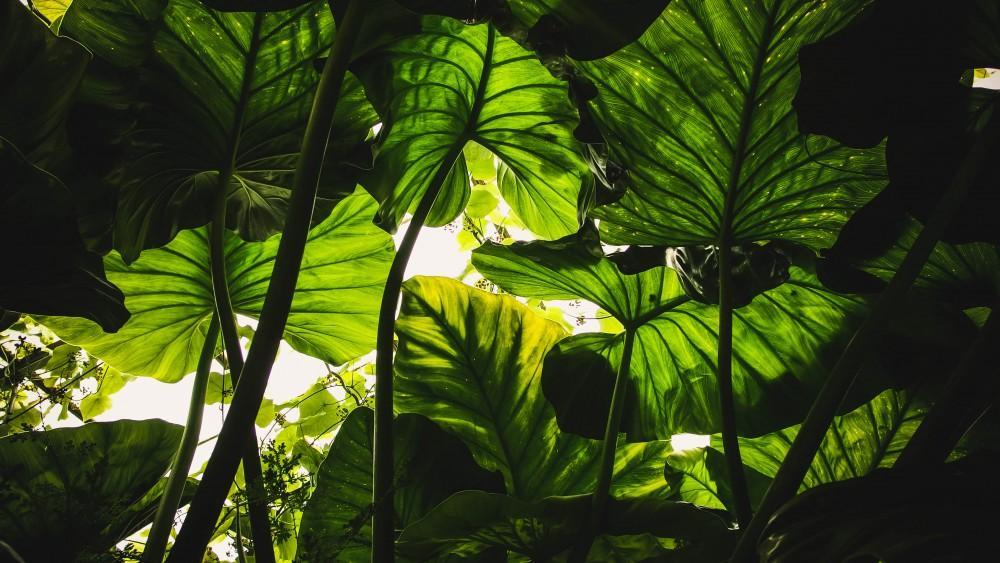 There are clear benefits to spending time outdoors walking among plants and trees—what the Japanese call “forest bathing.” But has it ever occurred to you that bringing the plant world indoors can also be beneficial to your health?

Living plants provide more than decoration: Research has shown that greenery in the home and workplace can lower stress, positively affect your mood, and even affect the cleanliness of the air you breathe. Here are five important things you should know about the benefits (and potential risks) of indoor plants.

How plants help us

They improve indoor air quality. The air purifying benefit of plants was originally discovered by NASA, which set out in 1989 to determine whether plants could detoxify the air in its space stations and, by extension, in energy efficient buildings with little outside ventilation. The researchers found that numerous types of indoor plants effectively removed formaldehyde, benzene, and other indoor pollutants from air in a sealed experimental chamber.

Which plants were most beneficial? NASA found that the common spider plant and golden pothos were the most effective; other beneficial plants included the dracaena, philodendron, ficus, English ivy, peace lily, Chinese evergreen, bamboo, and reed palm. A much more recent study, by the American Society of Horticultural Science, found that the spider plant, golden pothos, and snake plant reduced ozone concentrations in a simulated indoor environment. (If you'd like to read more about which plants are best for cleaning the air, a reader in Victoria, Canada, shared with us this article from his personal website with details on 20 plants from the NASA study and other studies—including what kind of care each requires.)

It’s unclear whether these same benefits apply in real-world situations, as well as what concentration of plants you’d need to help clean your indoor air. Indeed, the EPA says there’s no solid evidence that a “reasonable amount” of houseplants would be enough to remove a significant level of pollutants. But as long as plants don’t irritate your allergies, there are plenty of other good reasons to include them in your home décor (see below), and any air-cleaning benefit would be a bonus.

They can boost mood and increase productivity. In a world where we live in front of computers, disconnected from nature, it makes common sense that putting plants into your workspace could have a mood-enhancing effect. But it’s also supported by science: In a study published in 2014 in the Journal of Experimental Psychology, researchers found that concentration, productivity, and job satisfaction were higher in office workers whose work spaces were enriched by plants, versus a control group that had no workplace greenery.

They may aid in healing. Studies have shown that plants and flowers can have a positive influence on the outcomes of surgical patients. In one study, patients recovering from abdominal surgery needed fewer painkillers, had better physiological responses on a variety of tests, and experienced less anxiety and fatigue if they had flowering or foliage plants in their rooms. They also reported being happier with their hospital rooms than patients who didn’t have greenery. Other research suggests that plants reduce reduce the time it takes for patients to heal from surgery, possibly by providing a calming effect and mitigating the effects of a noisy, chaotic hospital environment. There’s also evidence that horticulture therapy, in which patients actually tend plants in hospitals or nursing home settings, has physical and mental benefits for people with dementia, musculoskeletal pain, and brain injuries.

On the other hand, plants and the soil they’re in can harbor bacteria and fungi that could cause hospital-acquired infections—one reason that plants are typically not allowed in the rooms of transplant patients. So if you’re visiting someone in the hospital who is very ill or immunocompromised, or who is near other patients who might be, avoid bringing plants or flowers as a get-well gift.

Worsened allergies. Hay fever is often associated with outdoor pollen—but if your allergies are acting up at home or work, it may actually be an indoor plant that’s the culprit. In a study of 59 allergic rhinitis (hay fever) sufferers reported in the journal Allergy, for example, 46 of them were allergic to a houseplant. The worst offenders were ficus, yucca, ivy, and palm tree. There were fewer reactions to geraniums, orchids, ferns, and laurels. Try removing the plants to see if it makes a difference; if it doesn’t, your indoor allergies may stem from dust mites or mold.

Dangers to pets. The Humane Society maintains a frighteningly long list of plants that can be poisonous to pets, with effects ranging from mild nausea to death. The American Society for Prevention of Cruelty to Animals (ASPCA) , has a similar list on its website. Certain animal species may have a peculiar vulnerability to a potentially poisonous plant. For example, any part of a lily can poison a cat.Other common houseplants that can be toxic to either dogs or cats include include sago palms, azaleas, and tulips. If you think your animal is ill or may have ingested a poisonous substance from a plant, contact your local vet or call the ASPCA’s 24-hour-emergency poison hotline at 888-426-4435.

Bottom line: It’s not essential to have houseplants, especially if you don’t have a green thumb or can’t be bothered to take care of them. But if you enjoy having them around and they don’t bother your allergies, they can enhance not only the aesthetics of your home but possibly your health, happiness, and productivity. 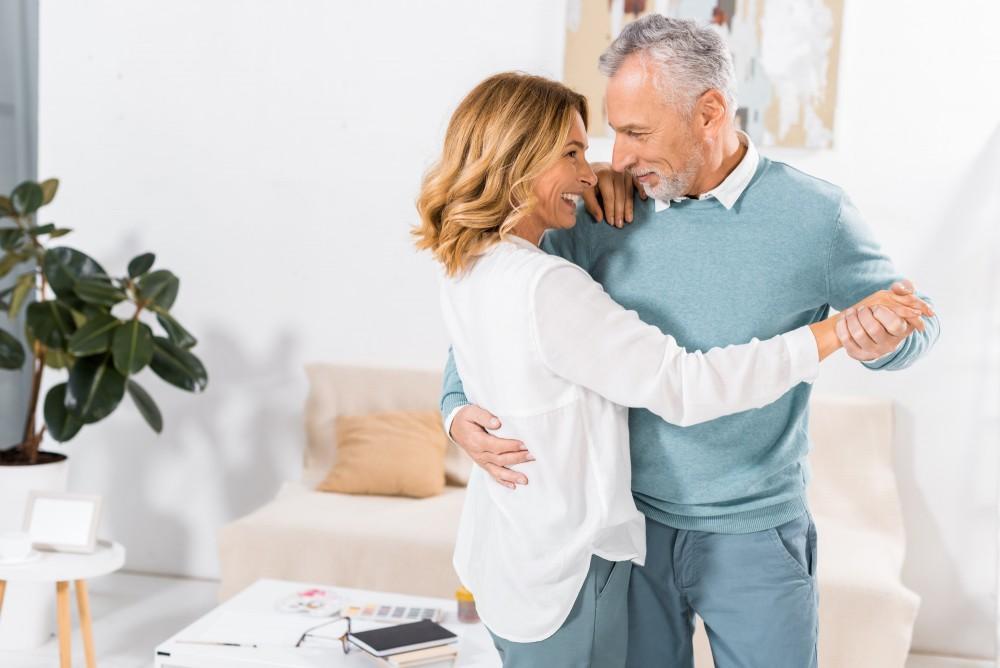 Sexual Side Effects of Aging

Our bodies change as we age—as hard as we might fight it. For women who want to maintain a sexually active life with a partner, that may mean accommodating some physical changes. We talked to Lyra Heller, MA to learn her advice on what we can do in ...... 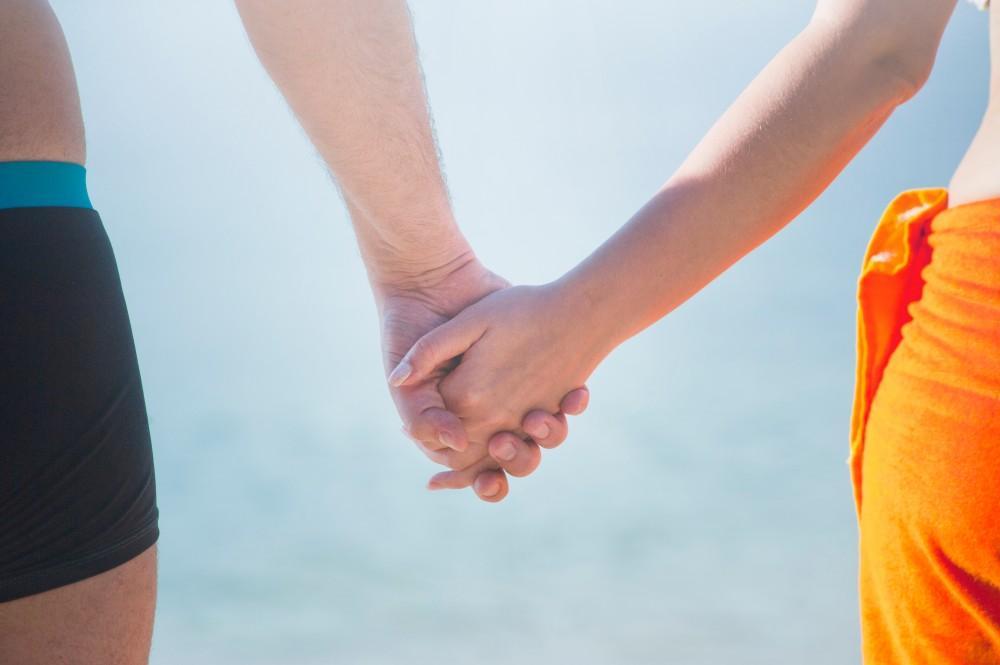 It's Valentines Day, Do You Have Your Peptides?

What’s Eating You? Feeling overly tired, bloated, or achy? When dealing with these often stress-related concerns, there are a few questions you should ask yourself: Am I eating well? Am I getting enough sleep? Do I drink enough water ...... From the Studio of Dr. Toni Harrison = Libido and Peptides

Today we're going to talk about a peptide that involves libido: PT 141. You might be surprised that many of my clients come into my office and have a desire to improve their bedroom life. Our sexual health is a very important part of our lives.

What Counts as Fiber? A Discussion on FDA Regulations

The Food and Drug Administration (FDA) is giving the Nutrition and Supplement Facts panels a facelift! In part one of this two-part series we outlined some of the major changes coming to labels starting in 2020. One of those changes includes defining....

When you buy a packaged food or nutritional product, chances are you’ve studied, or at least peeked at, the label on the back. Whether you’re interested in reviewing the calorie content, the breakdown of macronutrients ....